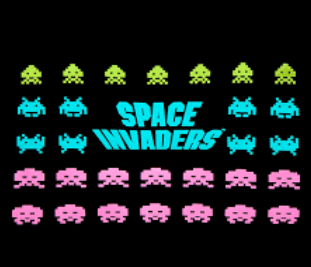 Making this Space Invaders app was actually way more difficult than I imagined. I thought it was going to be a simple, easy to put together game with basic code and blocks, but it was more of a challenge. I had to make a couple decisions first as to whether I wanted the spaceship to move at the bottom of the screen or the aliens to move so I decided to make the spaceship move. I put in 12 aliens at the top that can be shot at and then if you hit the more aliens button they will all pop back up. I also did not realize at first how complicated the bullet procedure was going to be. I figured I would just be able to keep tapping on the ship as many times as I wanted and a bunch of bullets would keep coming out, but I was wrong. I learned that you must keep track of each individual bullet in app inventor and you can only shoot out one unless you wish to keep track of each additional bullet, as seen in my screenshots of my blocks. I chose to incorporate three bullets in my app and keep track of them all. When each bullet collided with the edge of the screen or an alien I would reposition the bullet back to the spaceship and make it invisible, until I decided to tap the ship again and re-shoot that bullet. I also had to incorporate some if/else statements and a timer in order to continuously move the space ship. I added sound for special effect for when an alien was hit or the spaceship shot a bullet. In the app, I also added an additional screen in case someone gets bored of the game and wants to just draw or take a picture and draw on the picture.

Throughout all of this though, the process was very rewarding. I learned a lot about programming and troubleshooting when it comes to app design. I know now what to expect with the second app we will make in class. I need to utilize better planning strategies and get a basis for all my screens and blocks before I start. This will give me a better foundation for what I am trying to do and allow me to understand what needs to be done before I start. I now have a gauge for how difficult it will be and how to get over the bugs and humps in my next project.