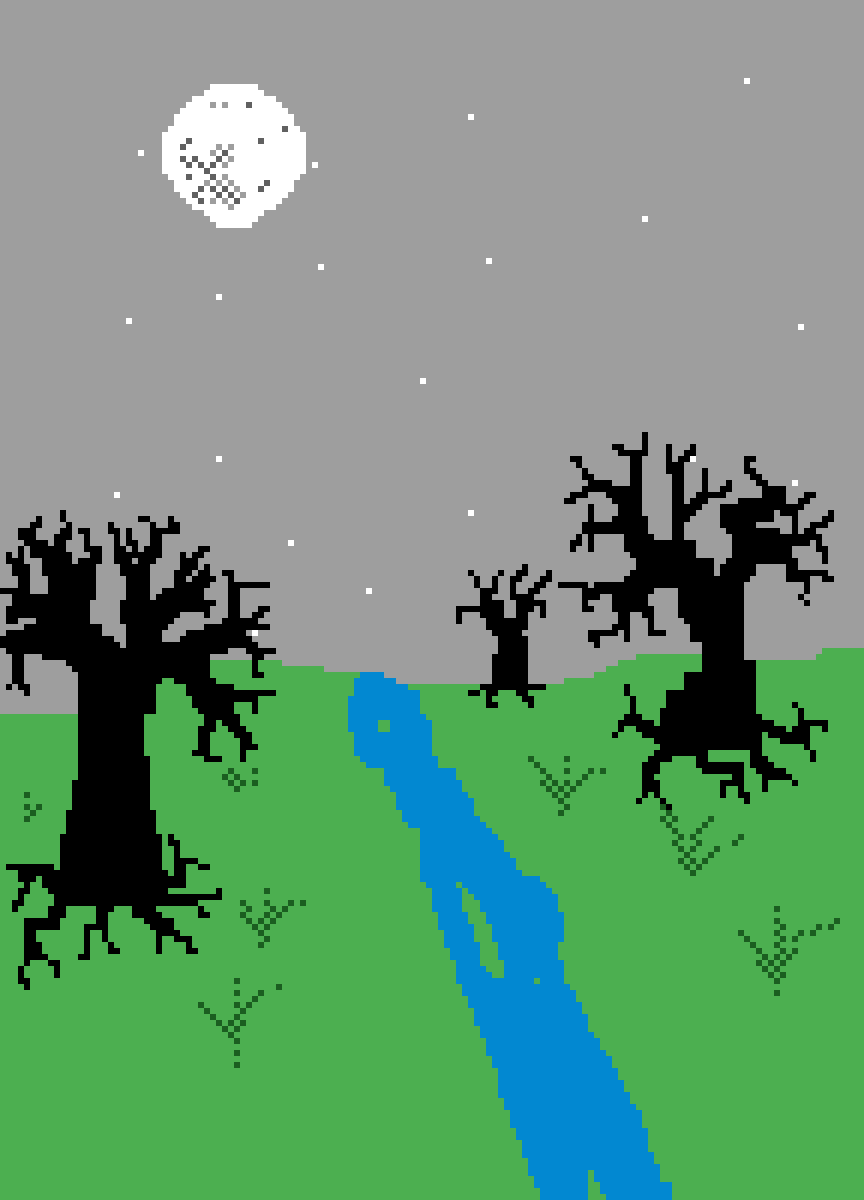 Forbidden forest 4 is a fan spin off of a very old and obscure series that involves shooting spooky enemies with a bow to clear levels.

One thing you may notice is that all of the pixel art is original, I spent a good portion of my time in this project creating art for the game as I did not want to use any non original sprites which is convenient anyways since it can fit my exact specifications.

This project was a very ambitious one in my opinion with a space invaders type style of enemies scrolling down the screen and original art. One of the issues I encountered was some issues with changing screens. In the testing phase changing screens was an issue as I could not go from any screen into the game screen but these issues stopped once I built the app. After building the app other issues popped up such as the game over screen popping up over and over again (Which was likely a looping issue) These issues could have been fixed if I had stayed a bit more focused in class and worked them out sooner rather than later.